How Technology Has Advanced 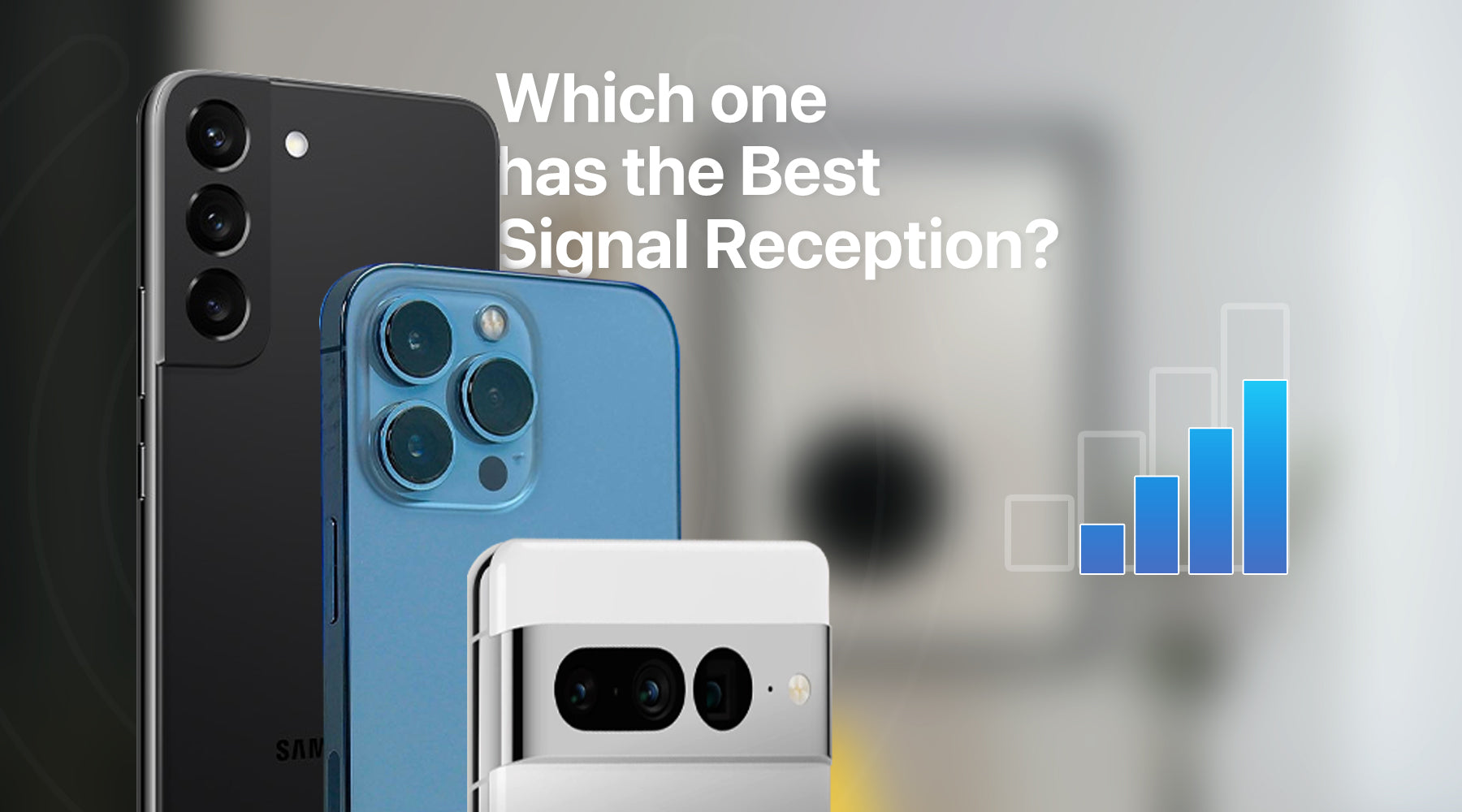 Even though it is still early days in the industry, technology has already developed and has changed a lot. From Industrial robots to mRNA vaccines, the advances that have been made are quite significant. Hopefully, these advancements will continue to improve and become more effective in the future.

Several clinical trials are ongoing to test the effectiveness of mRNA vaccines to treat certain types of cancer. These experiments have been conducted in laboratories with laboratory-grown cancer cells and the aim is to enhance the immune response to cancer. Currently, researchers have shown promising outcomes in solid tumor treatments with mRNA-based immunotherapies.

The research team at BioNTech has developed an mRNA-based melanoma vaccine that has progressed to phase II trials. It is fabricated with a cationic lipid and mRNA complex, Lipo-MERIT, which has demonstrated potent immunotherapeutic efficacy in multiple mice and human cancer models.

The vaccine also contains the code for shared cancer antigens, which are frequently expressed on specific types of tumors. These shared antigens are promising targets for vaccine-induced immune responses. However, there is a long way to go before these vaccines become effective in treating cancer.

One major hurdle for mRNA vaccines is overcoming the suppressive tumor microenvironment. Several studies have been conducted to reduce the effect of this environment on T cells. Nevertheless, mRNA-based immunotherapy is safe in humans.

Another challenge with mRNA vaccines is determining which TAAs and TSAs are immunogenic. While most tumors are immunogenic, some have less immune-activating properties. The mRNA-based vaccines have been tested in mice and humans, but more research is needed to determine the effects of mRNA vaccines on the human body.

In addition to evaluating the efficacy of mRNA-based vaccines, scientists are studying circulating tumor DNA. This type of DNA is derived from neoantigens produced by a resected tumor, which may be a signal of recurrence.

Some mRNA vaccines have been tested in mice and humans, and they have been applied to metastatic solid tumors. In some cases, mRNA-based immunotherapy is combined with immunotherapeutic agents, such as checkpoint inhibitors.

During the past few years, technology has advanced in 3D printing. Some companies are using it to make one-of-a-kind devices and structures. Other firms are using it to reduce their costs and improve their production processes.

The industry is still in its early stages, but it’s becoming more popular. Universities and hobbyists are helping to push the boundaries of technology. Some experts believe that technology has the potential to disrupt the manufacturing industry.

The main advantage of 3D printing is the ability to print complex shapes. The process works by adding material in a thin layer, building objects up from the bottom up. The materials used are typically resins or metals.

Researchers have found that combining multiple types of resin in a single object can increase the speed of the process. In addition, this technique allows for thicker resins, which could result in better electrical and mechanical properties.

The Stanford University engineers who developed the method said that the new approach is 5-10 times faster than the most efficient high-resolution printers. In addition, the new technique can produce parts in a variety of materials.

Other scientists have been developing materials that are stronger and more durable. These new materials could be used to strengthen the components of power generation systems. They could also reduce the fuel costs associated with producing these components.

Other innovations have been found to help the process work more smoothly. Some of these technologies include direct energy deposition, electron beam melting, and selective laser sintering.

Although many businesses are hesitant to change their supply chain and operations, they must be prepared for the disruption. They must create contingency plans and evaluate their most critical areas.

During the 20th century, industrial robots were deployed in manufacturing plants to do repetitive and monotonous tasks. As the years went by, they were developed into intelligent robots, capable of performing complicated tasks and learning new ones. This revolutionized the world in two ways.

First, electric machines were introduced, which could perform repetitive tasks, such as assembling cars. Second, programmable industrial robots were invented, which mimicked the skill of skilled humans. The latter has helped manufacturers improve precision, quality, and reliability.

Now, industrial robots are used in a wide range of applications. They are used in welding, soldering, assembling, and materials handling. In addition, they can be used in conjunction with humans to help in product testing and production.

Today, the largest industry for robotics is the automotive industry. The industry is experiencing real growth since the 2010s. However, a lack of compatible solutions and the need for retrofitting robots to existing systems are some of the barriers to their growth.

Another technical advancement is the introduction of environmental sensors that help industrial robots operate efficiently. LiDAR sensors, for example, can detect vibrations and judge distances through laser reflections.

A related technological breakthrough is the development of collaborative industrial robots, which operate safely alongside human workers. These machines can record information about their environment, which can be used to perform detailed analyses.

The latest generation of robotics is also more compact, allowing them to be installed and configured more easily on an assembly line. They are also safer than conventional robots, as they can function in hazardous environments.

The most important thing to remember about industrial robots is that they are not only dependable and safe but also very precise. The computing power behind these machines has improved, which enables them to make sense of their surroundings.

Despite the potential benefits, there is little evidence of the efficacy of pharmacogenetic interventions. However, pharmacogenetic testing is becoming more common in primary care. This can help improve health outcomes and decrease costs.

Currently, pharmacogenetic tests are carried out in specialized secondary care settings. Pharmacogenetics has the potential to improve medication optimization and identify clinically significant drug interactions. This can lead to decreased readmissions for chronic conditions. It may also enable appropriate polypharmacy in certain patients. Moreover, it may also predict adverse drug reactions and provide the right medication at the right dose at the right time.

Despite the importance of pharmacogenetics, the use of pharmacogenomic biomarkers for routine diagnosis and therapy is sparse in other therapeutic areas. This is due to the lack of convincing data. Moreover, healthcare professionals may not be reimbursed for time spent on pharmacogenetic counseling and testing.

Pharmacogenetic studies can identify the genetic factors that are involved in drug response and toxicity. They can also identify new drug targets. They may be able to predict whether a patient will develop a drug reaction or have an allergic response. In addition, they can help assess the impact of a medication on the patient’s quality of life.

Several international consortia are evaluating the prospects for routine pharmacogenomic biomarkers in clinical practice. Moreover, genome-wide association studies (GWAS) can uncover new genes involved in disease pathogenesis. These discoveries can help in the development of a drug development that is tailored to a particular SNP profile.

Using the latest technological advancements, working from home has become an increasingly popular option. It has helped many people stay productive and connected. There are several advantages to working from home, including less stress, more time with family, and fewer commutes. Technology also helps businesses to operate more efficiently. Fortunately, there are solutions to some of the most common challenges related to working from home.

A recent study by QuestionPro surveyed more than 2,500 Americans ages 20 to 64, earning more than $20k per year in 2019. It found that technology had already changed the way people work. The most important thing to note is that the internet has eliminated the need for a physical workplace.

Other innovations include unified collaboration platforms, such as Zoom and Intel Unite, that allow teams to collaborate on files and videoconference. There are even tools that help you set up meetings and exchange documents.

Despite its popularity, technology has hurt some workers. They miss out on the benefits of on-site tools and miss out on the chance to get to know their coworkers. However, technology has also made it easier for employees to remain connected and mobile. Moreover, companies are now providing their employees with PCs to facilitate working from home.

The research also identified several psychological-behavioral factors that influenced the choice to work remotely. The most notable of these was the number of ways in which a worker could accomplish a task, such as using a virtual conference call, playing a game with a colleague, or having a virtual birthday party.

These were all interesting ways to carry out a task. A more practical one was to use automation to deal with increased work demands.